Ruleset: B/X
The Worm Blade is a bastard sword +1

Special: +1d4 dmg VS fleshy and rotting undeads.
Each level the blade holder can summon the Cosmic Worm Maiden a number of times equal to their current level.

The maiden is a agent of the cosmic balance, she is in charge of maintaining the natural cycle of decomposition and she seek to return undeads back to their natural states.

When summoned the maiden imbue the character with her cosmic essence for the duration of a combat.

When under the influence of the maiden a wave of worms crawl on the character, they devour anything the character wear and form a wondrous dress of woven worms, the character is transfigured and take the form of the maiden and receive:
After the combat the character must make a reaction test toward the maiden.
(bonus for neutral alignment and charisma, penalty for losing the fight or for acting against the cosmic balance) 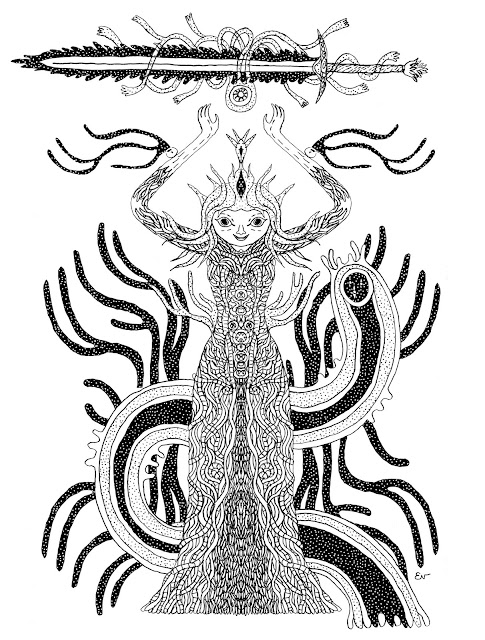