I tried to do a slime generator, but there was too many options and I got lost. Maybe I will try to finish it someday. It was mainly about what a slime digest and what it secretes. 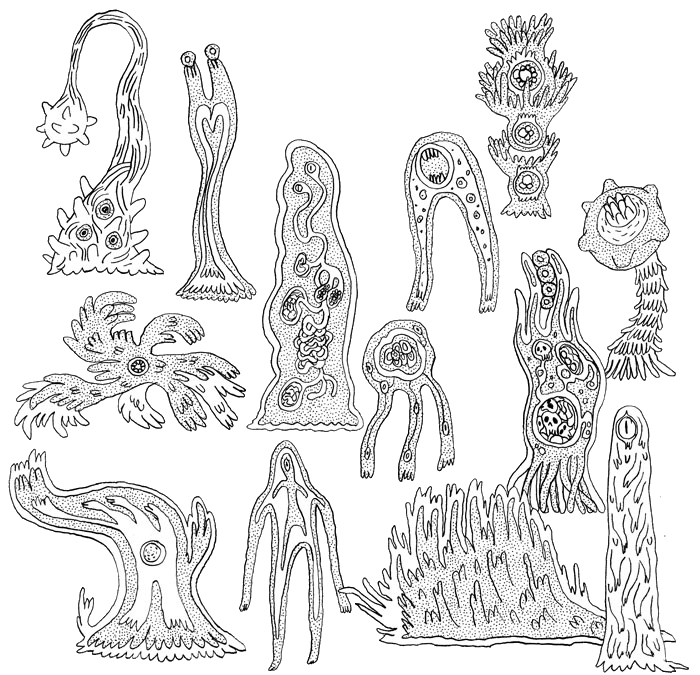 Email ThisBlogThis!Share to TwitterShare to FacebookShare to Pinterest
Labels: slime

The second issue of Undercroft is now available. I did a mimic queen-lady-thing for the cover. 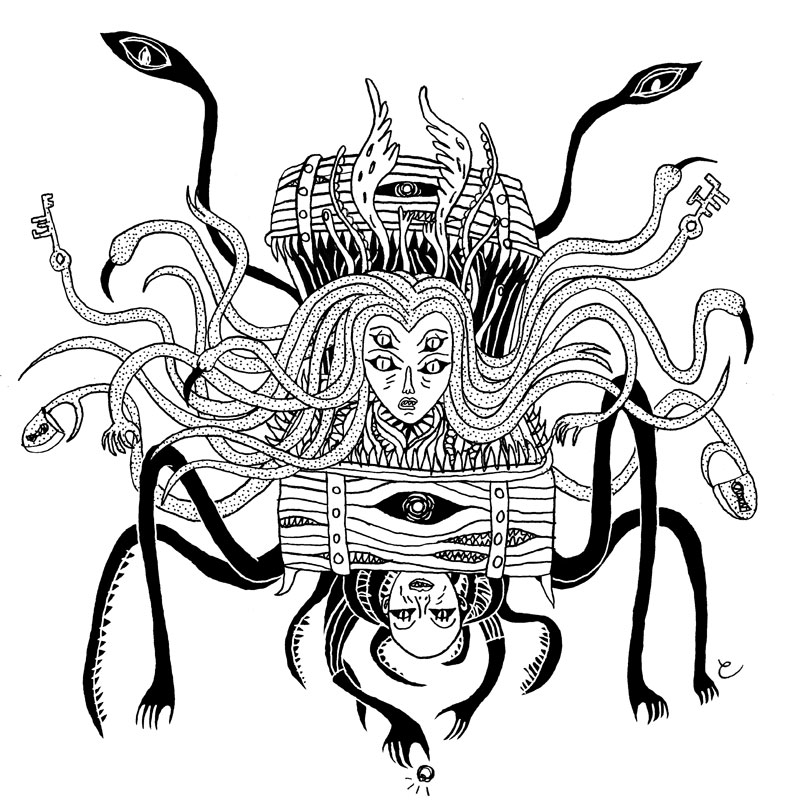 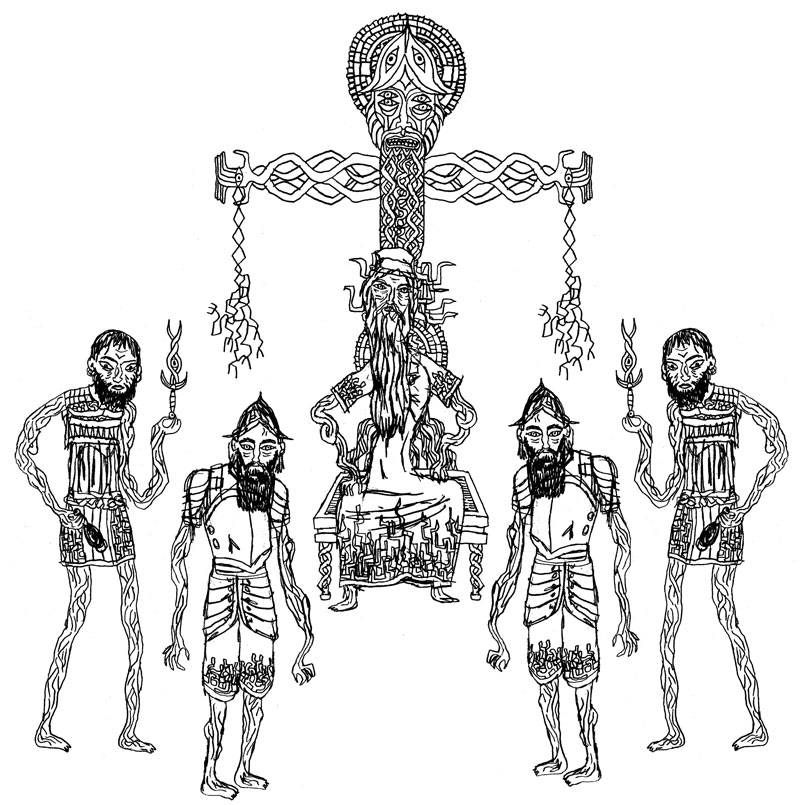 Email ThisBlogThis!Share to TwitterShare to FacebookShare to Pinterest
Labels: False Machine, illustration, The Pariahs of the Earth, underdark

Some of the stuff I posted here made it into the Narcosa book.

THESE ARE THE DAYS OF HIGH ADVENTURE!
"Will you seek your fortune in Hashishastan? Will you gather the silk of the Mindmoth Caterpillar? Is it your destiny to join the Ecstatic Order of the Five Pleasure Plagues? Should you ingest those Troll Poppies?
Enter the weird world of Narcosa, a land of Shroombies, Drug Trance Mages, Purple Pipeweed, and hallucinogens injected via Stirge needles.
Born of a hashtag, emerging like rainbow-hued smoke from the minds of dozens of creators, Narcosa is a crowdsourced setting book for old-school games." 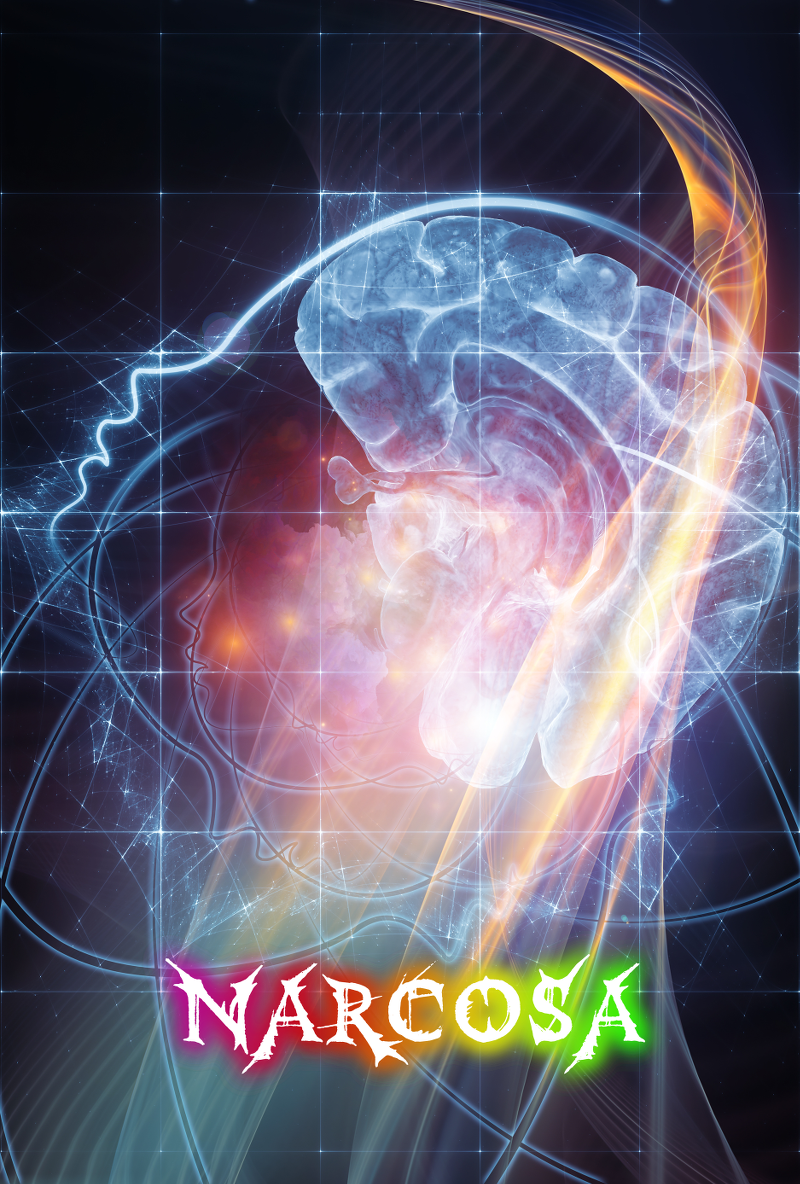 The camp setup I posted was interesting, but it main flaw was that the events were concerning more the NPCs than the PCs. So I re-thinked the setup, and I think it better to just focus on the PCs and their retainers and followers.

Check for events:
Who is at the camp?

Rolling the same result:
Depending of the result, if possible escalate the situation instead of introducing a duplicate situation (use the descriptors in [brackets]). The situation descriptors in brackets should probably also be advanced by the GM, maiybe after each passing day.

NPCs looking for the camp:
NPCs or monsters who are looking for the camp have 3 chances on a d6 of finding it (this is reduced by bad weather and by efforts to hide or camouflage the camp) (leaving a lot of people or stuff behind can raise the base chances).

Camping NPCs:
Random NPCs will camp in the area for d6 days. NPCs who explore dungeons will camp until they venture into dungeon. They will always post guards at their camp. 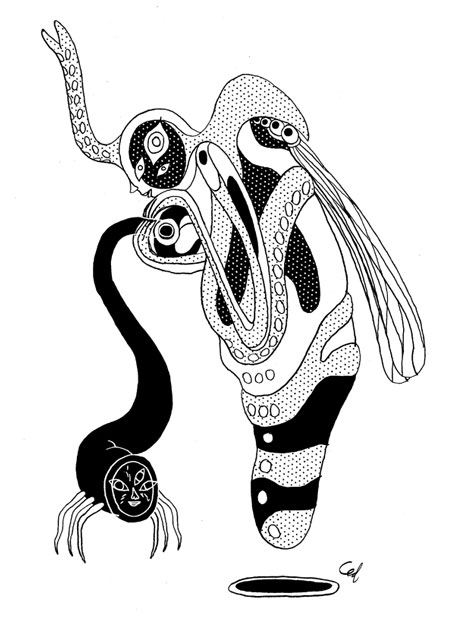