I started drawing tiny character as warm up drawings. I will try to compile them as a mini zine when I will have enough of them. 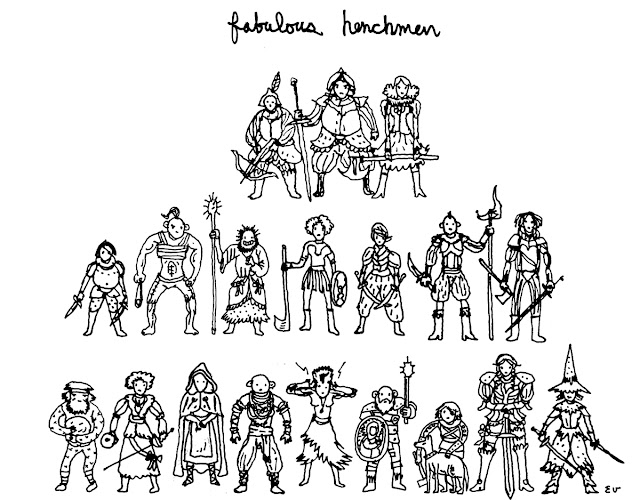 Houses are people too

I drew a banner for the Houses are People blog.

I like the setting premise that Michael is working on:
"The setting is of a gigantic city that looks like a bunch of tiny villages packed together. Everyone who lives there thinks it is a village, even though it's so big."

Check out my "villages" tag for random villages encounters. :)

If you want a weird butcher or cook somewhere in the village, ask Gormand to settle in with his larder. Oh and there is this big sale at the old village tower, the old astronomer died and his nephew is selling his junk, some say he was a wizard.

Two orc sisters walking back from the market with their dinoceras and their cheerful prothylacinus. 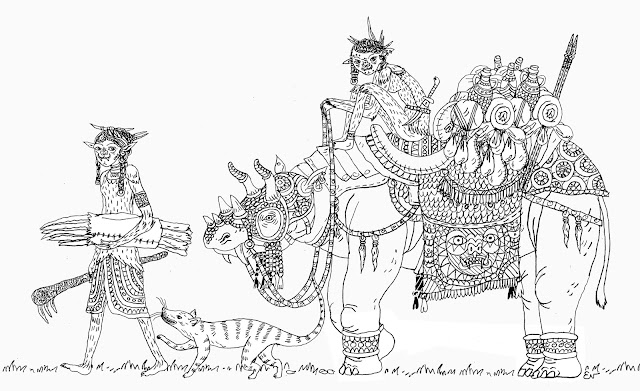 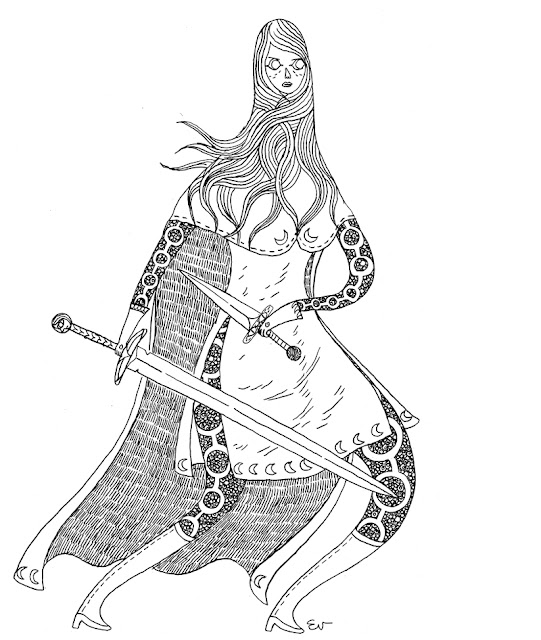 Owl Bear in a tree slowly turning it head 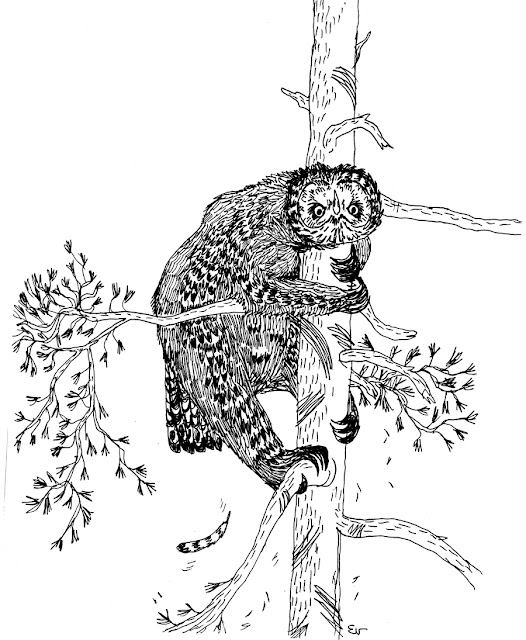 Email ThisBlogThis!Share to TwitterShare to FacebookShare to Pinterest
Labels: owlbear

I will craft some mini zines for my patrons on Patreon.

I have no tiers for my Patreon so everyone who support me can get one. Note that this is not a automatic reward: I post the zines only to those who manifest in the comments or by personal message when I notify my patrons that I have some zines to post. 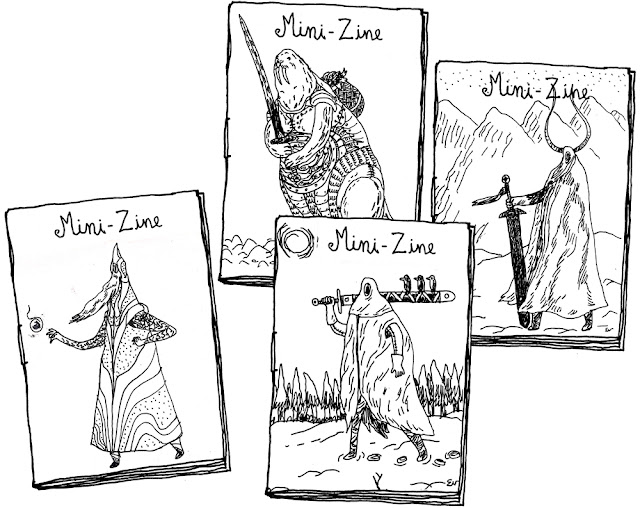 A adventurer and her dog 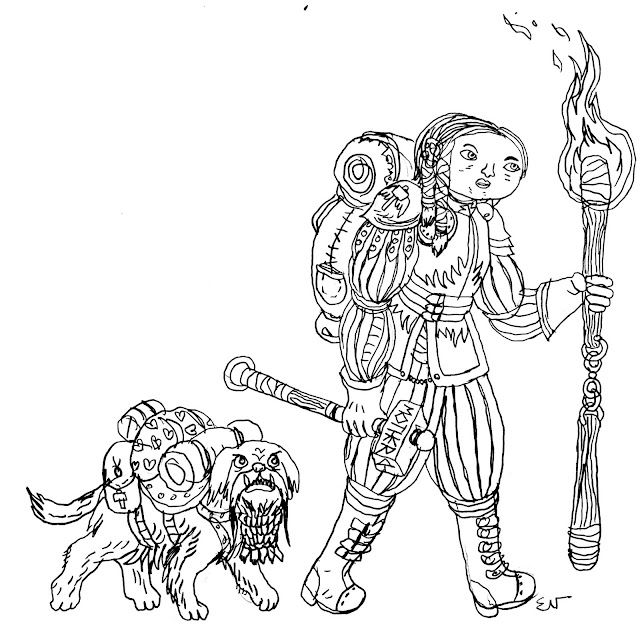