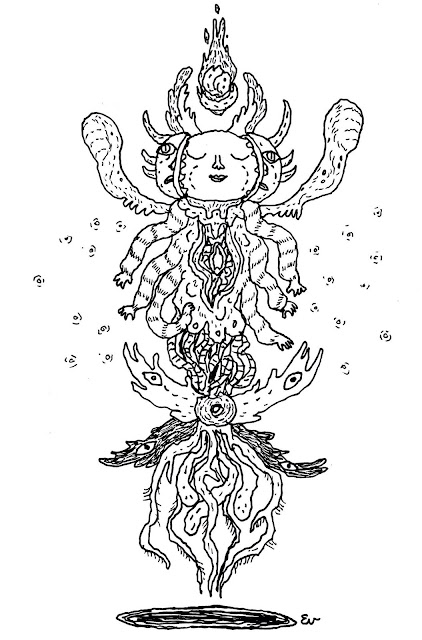 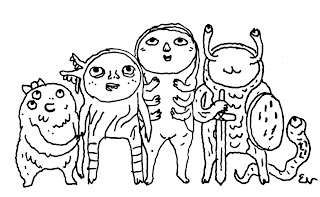 I missed the Tunnel Goons jam but here is a quick hack inspired by my blog article about how the gross can be positive too. (PDF version)

You are a ugly but cute creature looking for pretty things in a mutating landscape full of strange entities.

When you try to do something roll 2d6 + CUTE, GROSS or NASTY.
Add one for each item that apply to the situation.
For each item that exceeds your max inventory subtract 1 from any CUTE or NASTY rolls.
If the total is equal or greater than the action’s Difficulty Score (DS) it is successful.
If the task is super important or meaningful a miss reduce your HOPE by the margin of failure.
DS are 8, 10 or 12.

Regain HOPE by:
If you lose all hope you become melancholic and can do nothing until you regain some.

Advancement
Level up at the end of a game session: add 1 point to one of your CUTE, GROSS or NASTY attributes and raise your HOPE or max inventory by 1. If your HOPE reach 20 you make a chrysalis and become something truly wonderful. 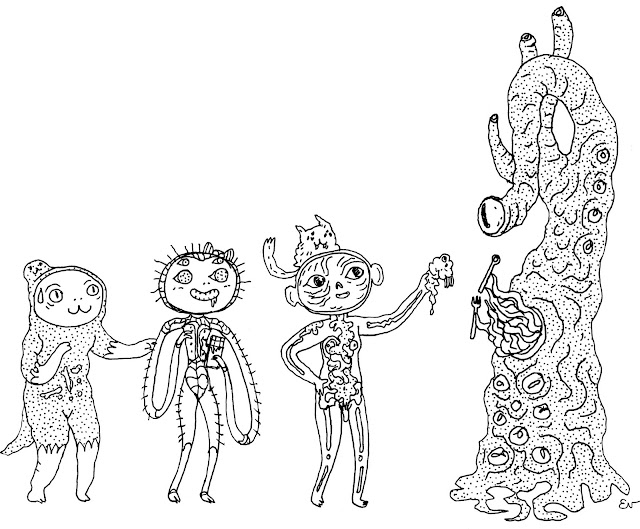 I used perchance to craft a orc history and tribes generator:

You can also generate some cute orc babies to break the heart of your paladins:

Email ThisBlogThis!Share to TwitterShare to FacebookShare to Pinterest
Labels: orcs

Monsters with no HP

This is just me trying out a half baked idea (don't take this too seriously).

So there was a discussion on the Discord of the Good Friends of Jackson Elias about monsters having HP being somehow reassuring and I thought what if hitting monsters made them react instead of chipping away at numbers.

So you roll to hit as usual, then you roll your damages and consult the reaction table.

For the player characters?

I guess that this work better with a player facing system like in The Black Hack.
On a miss the character have to step back and give ground or take a minor wound.
How wounds work if you have no HP?  Good question...

Maybe this, roll the creature damages:
1-3 minor wound: no effect but two minor wounds become a major one and then a critical one.
4-6 major wound: roll to hit or damage with disadvantage (player choice).
7+ critical wound: make a save or roll on a incapacitated table.

Or maybe that the monsters make their attack and roll their damages like the players do and consult the same reactions table but each entries offer a choice between a reaction or taking a wound.

This is far from being perfect as this is tackled on a system already existing instead of being it own system.
Posted by Evlyn at 2:23 PM 9 comments: