Spectral Hounds are warrior-mediums.
They can see ghost and can make alliance with them.
They manifest their soul as a ghost hound that shepherd the spirits of the deceased.

Turn Ghosts
Can turn or command ghosts and non-corporeal undeads as a cleric of the same level. 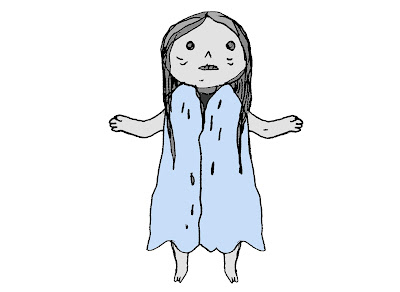 Ghost bounding.
The medium can bound a summoned ghost to herself. Use the cleric spell table to see how many ghost can be bound. Spell levels are ghost HD.
Exp a Labyrinth Lord level 3 Spectral Hound can bound two 1HD ghosts and one 2HD ghost.

Bound ghosts can be manifested for 1 turn (10 rounds) by HD.
Each round they can:
Ghosts can only be unbound through a psychopompe test (see below).

Honoring the dead
Once you manifest a ghost you can't manifest it again until you spend time to honor the dead just like a cleric would pray to prepare his spells. When the medium honor the dead she speak with the ghosts, telling their live stories and listening to their complains.

Extrude ectoplasm
At level 3 the medium can manifest their bound ghosts as ectoplasms.
The medium choose a type of ectoplasm manifestation at level 3 and a new one each time they level up.

To manifest a ghost eactoplasm, the medium make a saving-throw vs Death. On a success everything is ok. On a fail the medium loose as many HP as the ghost HD.

Ectoplasmic spends spend the ghost HD permanently, once a ghost reach 0 HD it become too weak to manifest itself. Ectoplasms remain for 1 turn by HD of the ghost (before spentding). 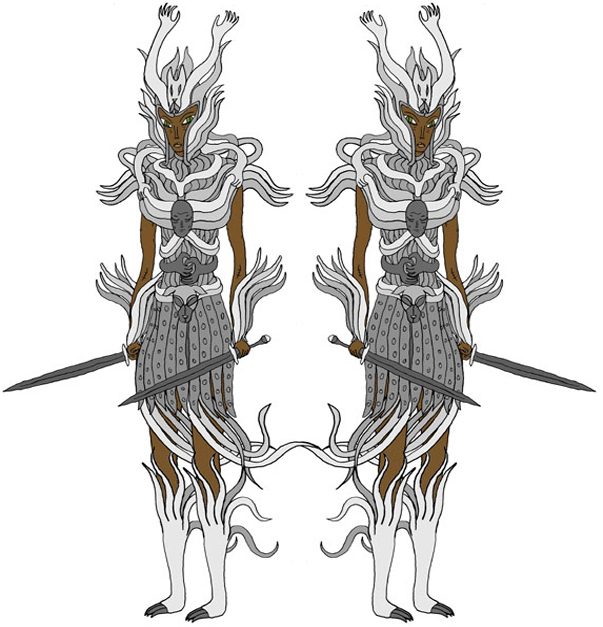 Shepherd the souls
Instead of resting or to honor the dead, the medium can act as a psychopompe and guide a spirit to their after life. To do so they must enter in a trance for four hours and make a reaction using their WIS bonus. The psychopompe journey will refresh the ghost HD, this is bad news if the test fail.

A ghost that reach the afterlife grant 100xp per HD to the group.

Spectral Hound
At level 5 the medium can manifest her soul as a ghost hound.
The medium must take a turn to enter into a state of meditation, then she must make a saving throw against Death. On a success she manifest her soul as ghost hound that share her HP and AC and who do 2d4 of spectral biting damage. Non magical corporeal attacks do half damages to her spectral HP.  The medium can maintain this form for 1 turn (10 rounds) by level.

On a failed save the medium is stuck in her trance for d6 turns, harrowed by angry shades. She may receive a vision of despair that reveal a dangerous haunting or a future threat.

The medium can also manifest her ghost hound when she reach 0 hit points.

While in ectoplasmic form, a medium will usually leave a few of their ghosts in guard duty to protect their defenseless body.

If her ectoplasmic form is destroyed, the medium is violently projected back into her body, she is shaken and will receive a two levels penalty for her next turn undead test.

If the medium's body die while she is manifesting her soul, she will fade away in a number of days equal to her level. If she is filled with negative emotions, she may remain as a dark hound.

Starting Ghost
A level one Spectral Hound start with a random bound ghost of 1 HD
This ghost is the spirit of ... (d6)


Make a reaction test to establish the relation between the medium and the ghost. 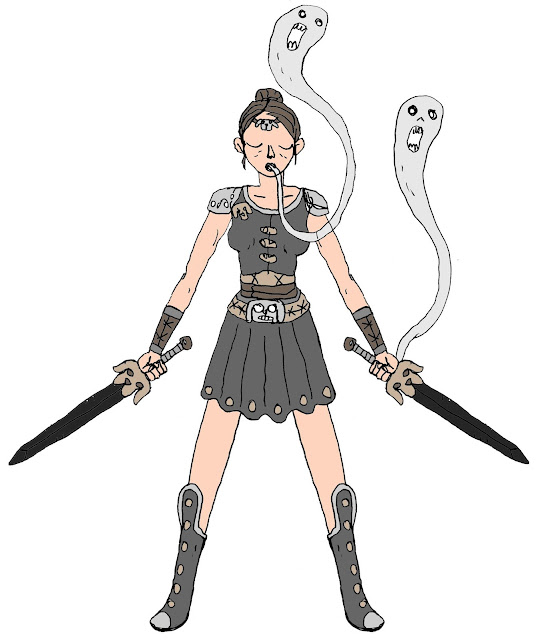