Concept for a Call of Cthulhu campaign (or any other mythos related game system).

The Throne of Azathoth is a damaged Dyson Sphere that encase the space-time anomaly that power it.

The original purpose of the mega structure was to simulate entire universes but over the aeons the Throne has been damaged and Azathoth is now malfunctioning and it simulations are now erratic.

The builder specie was erased from reality during the catastrophe that damaged the Throne.

The servitors of the Outer Gods are called the Flutists because of the flute sounds they produce when the communicate between themselves. The Flutists were engineered by the Builders to maintain the crumbling mega structure and to stabilize it containment field. But over the aeons their bio-engineered programmation degraded, their culture shifted and they ritualized their tasks and contaminated them with occult meanings.

Nyarlathotep is a malfunctioning universal translation program, a AI who can print biomechanical avatar bodies through different points in time and space. Nyarlathotep is trying to make contact with younger races to uplift them to be suitable servitors to fix or replace the Flutists. But it malfunctioning system complicate everything...

Nyarlathotep contacted the "witch" Keziah Mason, a bright and curious woman, and transported her into the Throne of Azathoth. It asked her to log her name and to provide a DNA sample to grant her a personal access code. That "secret name" gave her access to many of the mega structure's systems.

The players play a secret coven of bright women mentored by Keziah Mason to study the megastructure. They learned some hyper science but the mega structure's secrets are still beyond their understanding.

Nyarlathotep is a helpful but enigmatic ally, often malfunctioning in dangerous ways.

Keziah Mason have been missing since her last expedition into the megastructure. Two versions of her have been sighted, a caring but amnesic version and a dangerous insane version. What have happened to her? What is she trying to do?

The group must guard the Throne of Azathoth from all sorts of anomalies while preventing these anomalies from bleeding into our reality. To do so they must explore the Throne and try to understand it many secrets. 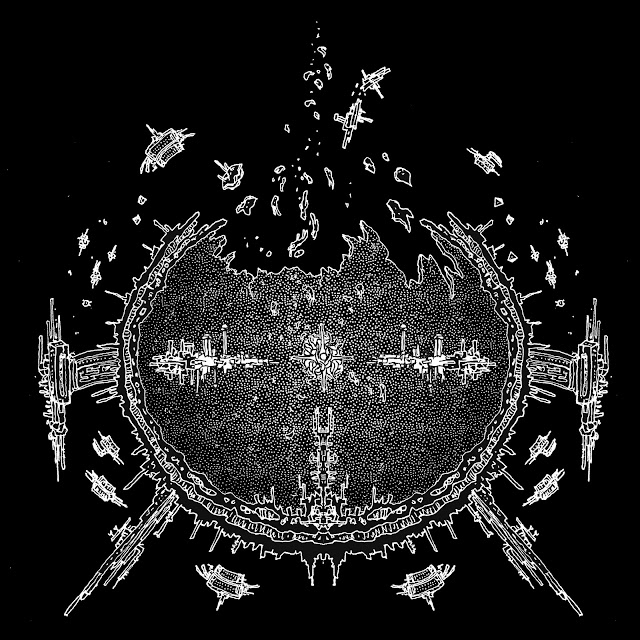 I love how smoothly the occult terminology and the hyperscience translate into each other. It feels much more, IDK, natural(?)/proper(?)/something(?) than I expected in the beginning.

I really love this setting. Your Mythos stuff is always a wonderful take on the old material.

In this case it reminds me of something. A short story from over a decade ago that I love. One of the harsh, bittersweet ones that still bring a tear to my eye. It's not an exact match with your work here, but some of elements have interesting parallels:

Nice, thanks Peter, I will check this. :)

I love this concept.

I love messing around with the Mythos, and I love it when someone does something wonderful with it like this.