A swarm of small worker golems have been mining stones all over the kingdom. But now they are deconstructing stone by stone whole villages and towns. No one was able to communicate with them. They simply ignore people and only become aggressive when hindered or attacked. 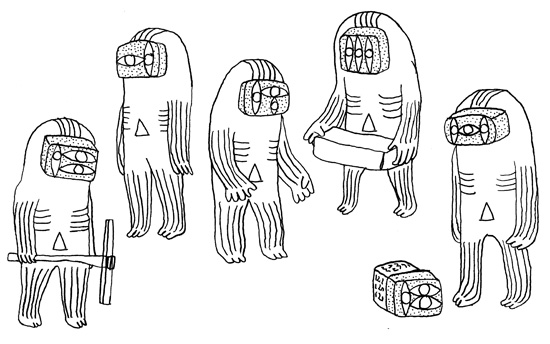 People have started to sight strange monoliths near the golems zones of activities. The function of those monoliths remain unknown, but we believe that they are some kind of storing or charging device for the head boxes. There is also rumors of a giant golem overseer that watch over the monoliths and that recuperate lost head boxes. 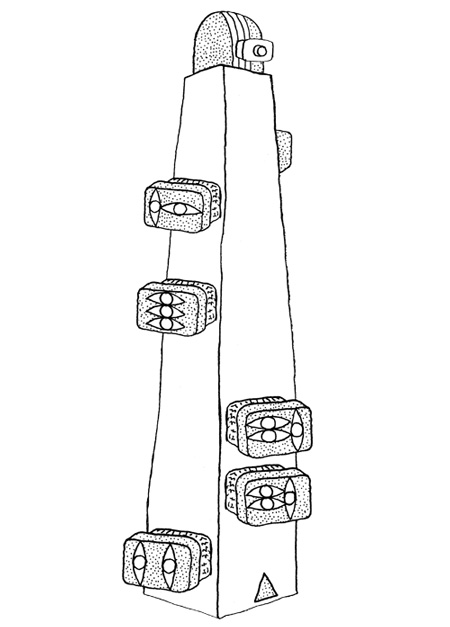 Other rumors claims that the worker golems are building a gigantic dungeon-like temple fill with statues and monoliths. Some say that some monoliths in the temple contain special head boxes fill with dreams and memories. Other claim that deep in the dungeon there is a alien device that can transmute material into anything, including gold. Other say that a other device can record memories and personality into special head boxes. And that the statues are in fact wondrous bodies that will serves as receptacles for the special head boxes. Madmen whisper that the golems are not building a temple, but a caern or some sort of bunker in prevision of a coming calamity or cataclysm.