After drawing the elf maiden travelling in a water bubble I posted some drawings about elven firefighters having to protect their forest against fire based menaces and monsters. Sadly I lost those posts when I deleted my public collections on G+. 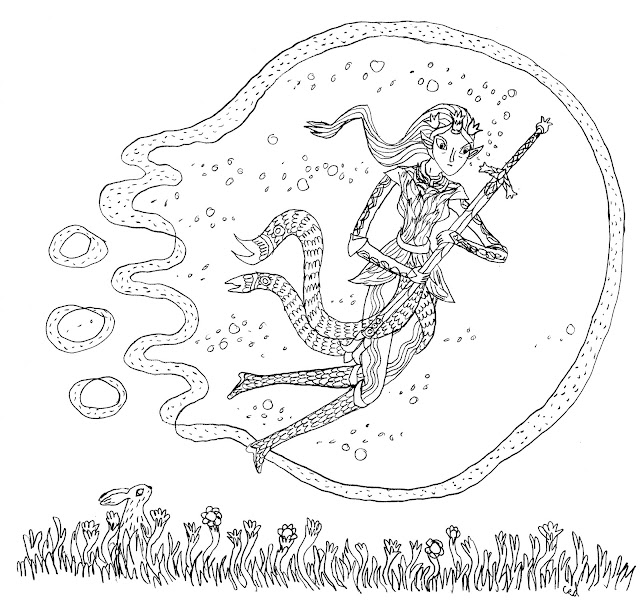 So here is a repost of what I remember.

The idea was to setup a non grim-misery-crawl OSR campaign. I mostly got inspired by the post "Playing Cute" on Gloomtrain. 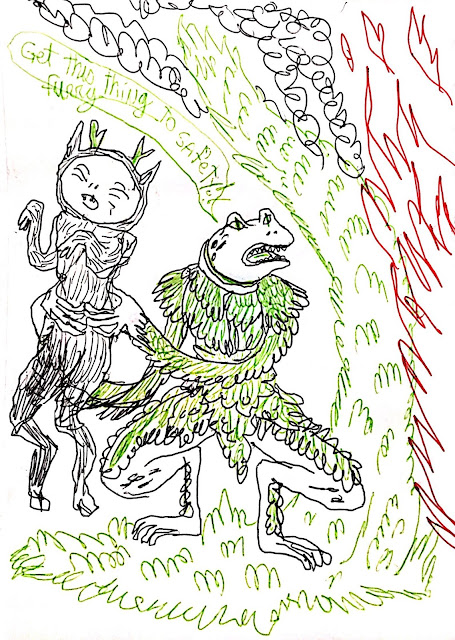 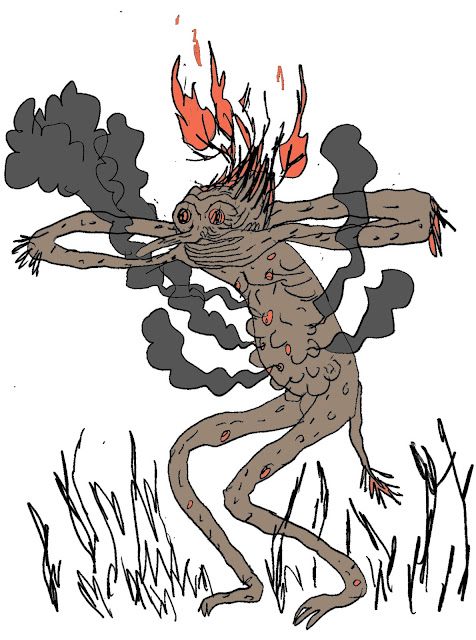 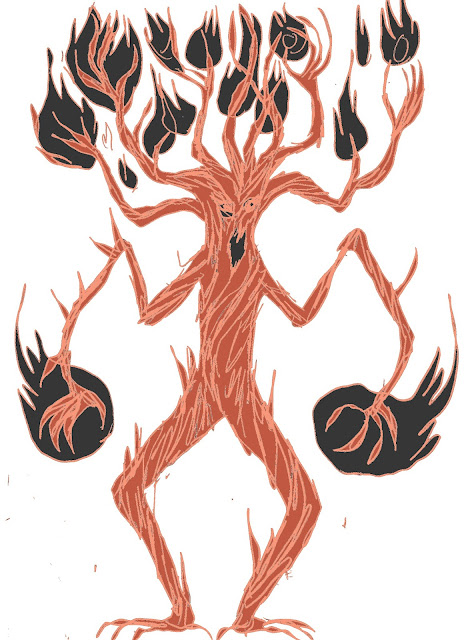 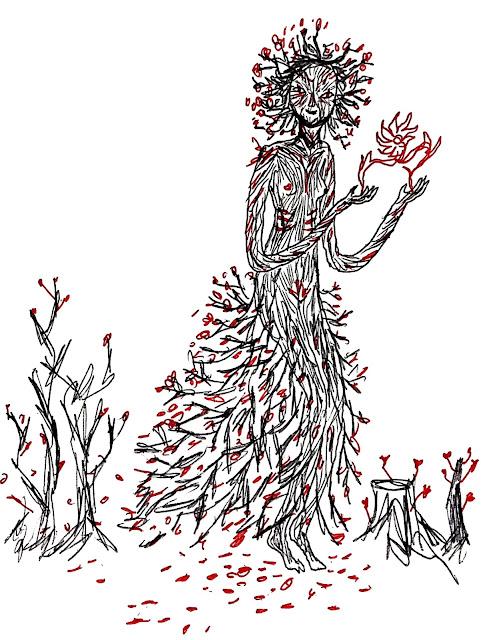 The end game could be about lifting the curse from the firefighter veterans to awaken them or to accept that they are gone forever.
Posted by Evlyn M at 11:55 AM

Hello Cedric -
I am a forest firefighter in real life, and this idea is very appealing :)
You may find an interview that Patrick Stuart of False Machine did with me interesting.
http://falsemachine.blogspot.com/2015/05/an-interview-with-dungeon-smash-about.html
i'm also open to questions about how forest firefighting works, if you want. thanks for all your great work!

Oh! This is super cool! I will check the interview. :)
If I ever develop those ideas I will certainly contact you!

This might be the most interesting idea i've seen in ages. I also love the idea of getting non-elves characters only as occasional replacements. ALSO, your art is awesome and I'm keeping your works as an example on a clever use of lines and colors (I'm a tattoo artist and thats practically the most important thing in my style)

Thanks Ramon. I got a lot of respect for tattoo artists. :)