A while ago after reading Jack Vance's Planet of Adventure (Le Cycle de Tschaï) I tried to write a setting generator inspired by it. While procrastinating I found back that old post and I completed the generator on Perchance.

The basic premise is that a human generation ship crashed on a earth like planet situated at the frontier of different alien civilizations. Each alien civilization built a colony on the planet and decided to uplift the surviving human population. Some humans continued to survive in the wild.

Centuries later a second human ship arrive in orbit to check on the lost human colony but one of the alien factions shot the ship down and only a few survivors make it to the planet surface.

The PC can be these survivors or they can be wild humans trying to survive in the shadow of the alien colonies.

In Vance's series each book is about one of the different alien colonies and their relation with the local human populations. The alien colonies have advanced technologies but they are also vulnerable as they are all far away from their home civilizations. The aliens should probably be non playable but the GM should create a few individual alien NPCs who have views or values different from those of their colony.

Colonialism would be the principal theme of this kind of campaign and it should be discussed with the group, probably using lines and veils.

I guess that the generator could be also used for a campaign inspired by the SF comics Prophet.

I would recommend using Macchiato Monsters or a Sword & Planet RPG to run this kind of campaign.
(Some character sheets I drew for a old session of MM inspired by Prophet)

Some covers of the excellent french comic book adaptation of Planet of Adventure: 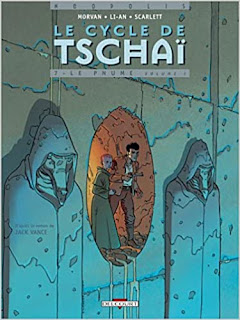 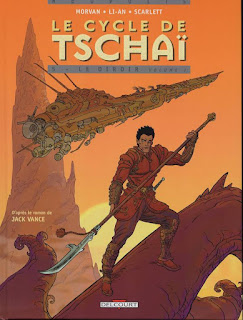 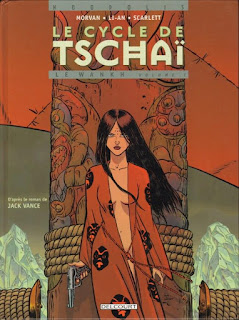 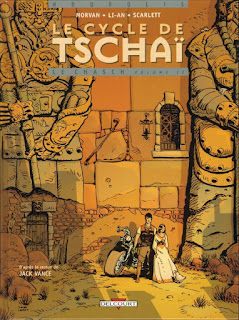 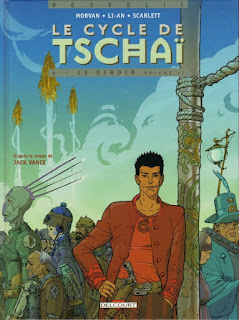 Now I am picturing Expedition to the Barrier Peaks as the discovery of the generation spaceship from which all humans on the planet came!