I tried to write a more personal post to present my point of view on the cycle of abuses that the author of Vornheim inflicted on a significant part of the OSR, DIY and RPG communities. But I still have a hard time processing everything and the words are difficult to come by.

What I can say is that when I discovered the old school gaming community, it felt like a vast and wonderful land full of friendly and creative people. When I discovered this land I was wounded from a failed attempt at transitioning, interacting with these people helped me to heal and to start drawing again.

But then Z.Sabbath conflictual and controlling attitude started to impact more and more the community, he started putting my friends on trial, labeling them and asking other people to block them and to stop interacting with them. This opened my eyes and I started to notice his gaslighting, controlling and grooming tactics. As the toxic behaviors repeated themselves (including those of others), the land grew poorer, creative people that inspired me a lot left and I had to avoid many community spaces and projects. Z Sabbath befriended many of my friends, including all of my trans women friends and the places where I felt safe were fewer and fewer, the land shrunk under my feet.

Eventually it became too difficult for me to manage my relations with other creators as many of them tolerated or supported him, when I saw that he was playing a leadership role in the G+ diaspora I understood that I could not follow them. And then there was the LotFP photo incident that spotlighted a very transphobic author and the transphobic reactions that followed, including the “I identify as a alien helicopter” post by Venger S that many humored. These things made me feel in a inhospitable place and I could not get closer to my allies as many of them supported the author of Vornheim. So I decided to leave the RPG community… I closed everything and I took refuge on my Patreon and eventually in Shel Khan’s tiny community of artists on Discord.

But the thing is that I really enjoy crafting and publishing roleplaying games material. In January I slowly started working back on some of my unfinished projects but working in exile was not the same, I felt cut away, things felt less meaningful and I had a hard time motivating myself. Now that things seem to change because of some courageous testimonies, I feel like that I can slowly reconnect with the RPG community and feel safe again interacting with other gamers and creators.

This was the story part, I could also discuss how Z.Sabbath toxic and controlling behavior made the old school community a creatively poorer space, especially for people who had different sensibilities. But right now I just want to have fun creating again and to move forward.

I want to move forward slowly and carefully. I am reopening this blog to use it as a archive and I will maybe open a new one to post gaming stuff, but I don’t know yet. I will put back my roleplaying zines on LuLu when I will find some time. I am also accepting some commissions for games related illustrations. Naturally, I still want to work on non gaming related projects, like coloring books, children books, comics and other artsy zines. (Right now I simply work on what seem fun and doable). 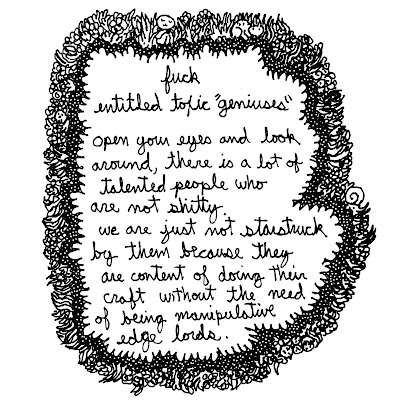 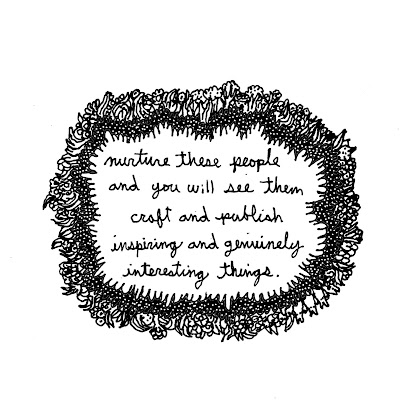 So glad you're back, Evlyn! Your voice is appreciated and needed in the RPG Community!

Really really glad to have you back E!

Evlyn, after everything you've been through, I completely understand why you need to re-engage in your own time and own your own terms. But it is really, *really* good to have you back.

Honestly lifts a weight to hear this.

So very, very glad to hear you are back. The Chromatic Soup zine is awesome and I've always enjoyed your art. Thank you for being brave and enriching the scene once more.

Welcome back, Evlyn. I can't really express how glad I am that you're here. Your presence enriches our hobby. I hope things are better for you here this time.

Your presence is welcome and encouraging, in whatever capacity you wish to share. Your magical art makes me happy, whenever I see it. Do take care and I look forward to hearing from you again!

Your the best Evlyn and I'm glad that your thinking of dipping a a foot back into the TTRPG scene. It's a tough thing for sure, but a lot of people, myself included are benefited by your work and presence.

Such a welcome message!

This makes me soooo happy!!!

I've enjoyed your work for sometime now and glad to see you are finding the desire to share it with us again. Thank you.

I am so glad you're coming back! Gaming was poorer in your absence.

You are loved and respected by everyone I know, and are welcome back whenever you feel comfortable. Your actions have absolutely led to a safer OSR, so thank you for being brave enough to open up about things like this.

I'm happy to see your return, no matter how gradual. Your art and ideas have always sparked my thoughts.

Seeing this blog return has filled me with joy! Evlyn your art is fantastic & inspiring, and I'm excited to see what you do next!

I'm so glad your back!

So very glad to see you back and read your words and see your art in the rog space again, Evlyn!

This little universe we orbit in and around was poorer when you weren't part of it. Thank you for weathering this storm, and starting to part the clouds and return. I hope that the future has naught but good things for you Evlyn! Welcome back!!

It's wonderful to see you back! You are a very uplifting and inspiring person.

Great to see that you have returned!

What joyous news! And to think just the day before I had removed your blog from my roll with a heavy heart. Welcome back <3

All the <3s, Evlyn. Here's hoping we, as a community, will never let you down again.

I feel a positive vibe too.

Love Eric, wheat is important now it to heal some wounds and to move forward to created new things.<3<3

I am joining this bandwagon and welcoming you back. We were all lesser without you.

It is great to see you back! You were deeply missed.

SO GLAD you’re back! I use your creations at my gaming table more consistently than anyone else’s. You have a unique and wonderful voice—we all benefit when you share it.