I started a campaign of the Black Sword Hack, a game by Kobayashi made with the Black Hack and that use Michael Moorcock's Eternal Champion cycle as it inspiration.

What attracted me to the game is that instead of proposing you to play in the Young Kingdoms like how Stormbringer and later Elric did, Black Sword Hack propose you to craft your own doomed world and to save or destroy it.

Personally I think that this is the best way to write a RPG about a work of fiction: give the group the tools to craft their own setting inspired by the main tropes and elements of the original work. This way the campaign is not constrained by the canon and it don't feel like you are playing in someone else pre-made campaign world. 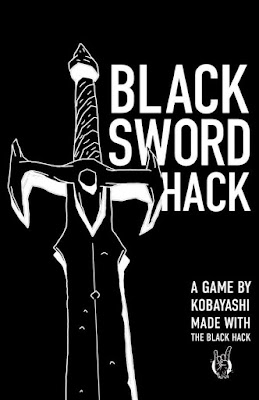 A big part of the fun was the creation of our doomed world. To do so we used the random tables provided in the book but instead of just the GM (me) rolling on them, I asked in turns each players to roll two dice and to choose the result they prefer. This way we were able to collectively create the world. I feel like this a great way of creating players engagement into the world they are going to save or DOOM. 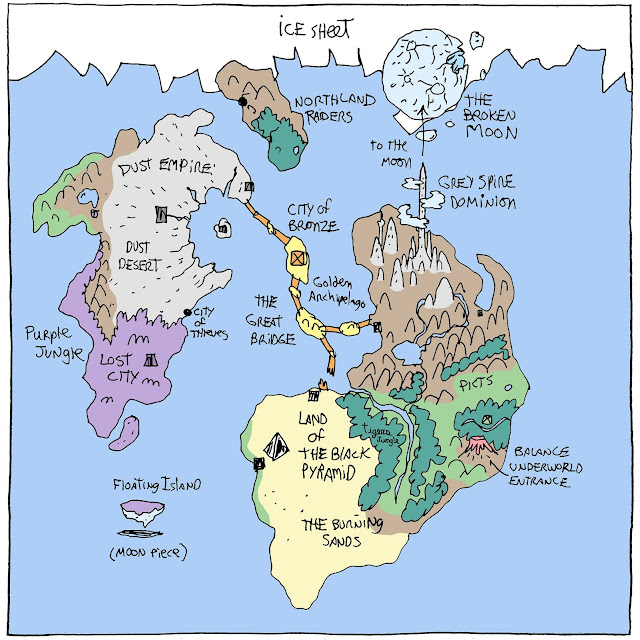 THE WORLD
FACTIONS
The RUNE WEAPONS
Posted by Evlyn at 1:24 PM

I am always here for visiting the moon in fantasyland.

Sounds great! Perfect for Dungeon Crawl Classics. Jarret Crater and I made a “session-0” Beyond the Wall style world generator for DCC a few years ago that you might like. I like your results better and will pick this Black Sword Hack up. Thanks for the lead and the post!