Contribution to the ecology of the Lamia

With LotFP in mind, adding to the ecology of the Lamia: 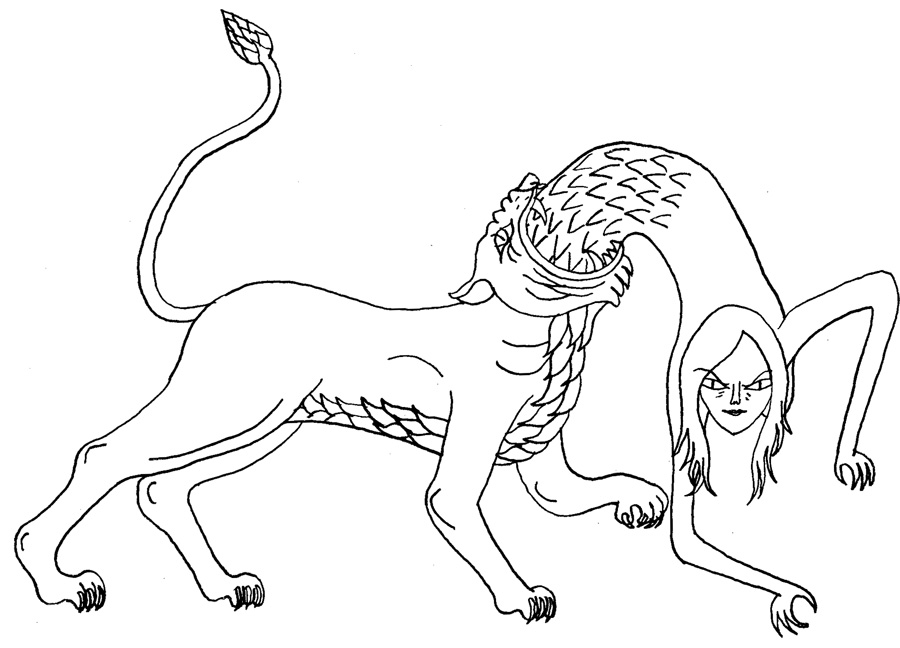 You can also visit my lilim blog to meet more female demons (but some of them are nice): http://inlapislazulililim.blogspot.ca/
Posted by Evlyn M at 9:35 AM

Email ThisBlogThis!Share to TwitterShare to FacebookShare to Pinterest
Labels: ecology of, illustration, monsters

Oh, wow. Your lilim are great... and scary.
And even more scary after I translated some of the captions... 0_0

I like. TOTALLY using this for my DCC game.

This is soooo good.

Glad you enjoy the lamia. At first I hesitated to post it. :P